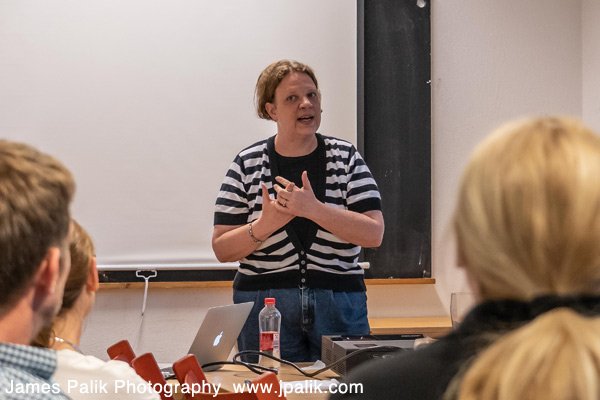 It was by mere coincidence that I had scheduled my book discussions before the DA Stuttgart and Heidelberg chapters on the 75th Anniversary of D day. As a historian., I was certainly aware of the significance, but it was I watched the news coverage as I began to pack that I realized about the impact of my speech on this given day. With less than an hour before I needed to head to the train station, I decided I needed to modify my presentation to reflect the anniversary. Of course in the manuscript I make several references to both World Wars, and the Cold War, and the challenges between the United States and the bridges that have been built between the two countries in recent years. However, in most of my presentations I emphasize the friendship between Obama and Merkel as individuals rather than as leaders of free nations. Hence,in between throwing items in my bag, I frantically searched/skimmed/printed pages of the manuscript which I believed would accurately address the importance of this anniversary. I found 2 relevant passages, and printed them and put them in my bag—with 2 minutes to spare (so I thought).

I was so excited and touched about my speech and this important day, my eyes watered as began choosing my words. In the 10 minute bus ride to the train station, I even posted the passages I was planning to read tonight on my facebook status. I had planned on outlining and reviewing my new remarks and presentation as I ate lunch to kill time before my train left. However, after I got to the train station, I discovered in all my excitement over this significant event, that I had left my wallet with all my money, and identification at home. I had just over an hour before my train was set to leave. Luckily I was able to take a taxi home, and the driver wait for me while I ran in and grabbed my money and wallet and he took me back to the train station. He managed to do so with enough time for me to still grab lunch and have time to spare before my train left.

I boarded the train for the 275 kilometer trip from Landshut to Stuttgart, growing more and more excited about my upcoming speech. This speech was the 9th or 10th presentation I had given, but this one was so much more important. Thinking about the importance of the anniversary really helped focus me and remind me of why my book is so important and why I even wrote the book in the first place.

That evening, I spoke before 12 enthusiastic DA Stuttgart members, and before I gave my usual presentation, I started with emphasizing the importance of today, and as a way to remember it, I would read some excerpts that I normally do not read. I quoted part of the manuscript of words that Obama had made shortly before the 70th anniversary of the end of World War II.

So in a time when conflicts around the world sometimes seem intractable, when progress sometimes seems beyond grasp, Germany’s story gives us hope. We can end wars. Countries can rebuild. Adversaries can become allies. Walls can come down. Divisions can be healed. Germany’s story—and the story of Angela’s life remind us that when free people stand united, our interests and our values will ultimately prevail” he said.

After a 2 hour presentation before Stuttgart, the following day I took the 45 minute train ride to Heidelberg where I spoke before 20 enthusiastic DA members. I gave the same presentation as I had done the previous night and I ended by quoting Obama, in his remarks on the lawn of the White House during Merkel’s 2009 Medal of Freedom Ceremony.

“In a very moving closing, Obama, using Germany as an example, demonstrated that difficulties of the past can be overcome, new bonds can be formed and people can start anew. ´As people around the world imagine a different future, the story and our alliance in the20th century shows what is possible in the 21st. Wars can end. Adversaries can become allies. Walls can come down. At long last, nations can be whole and can be free.”