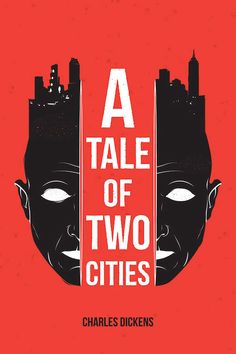 Unfortunately, the Dickens classic was removed from the required curriculum for my high school Junior honors English, so I have yet to read the book in its entirety. Nevertheless, because of the literary significance of the paragraph, my teacher asked me to read it out loud to my fellow classmates anyway so we would at least be familiar with it. As I read the passage, I could not help but be amazed at how brilliant I thought it was and I vowed to read the book someday on my own. As a history/public policy major in college, I had little time for pleasure reading, so the book was added to a long list of someday I will get to it, but I never forgot these opening words.

Although I would change the title from A “Tale of Two Cities”, to a “Tale of Two Leaders”, when I think how the world has been turned upside down by the devastating effects of the Coronavirus no words summarize it better. On one hand, there was German Chancellor Merkel, a quantum chemist who led her people under the age of wisdom. Using her scientific training, Merkel listened to and worked with the scientists and the public health officials rather than against them and as a result, the Covid-19 death rate in Germany remained relatively low compared to other countries (7,928 deaths from a total of 174,697 cases)

The German Chancellor took the crisis so seriously that in March, she held her only public address in 15 years in office. Building from her own experience growing up in former East Germany, she reassured the German people about both the necessity and temporary nature of the shutdown. As a result of her speech, her approval ratings improved dramatically with as many as 80-90% of people believing Merkel could effectively handle the crisis. In her remarks, she was calm, serious, and most importantly, honest. Characteristics people look for in a leader in times of crisis. While much of the world still remains in lockdown, Germany has begun to slow, and cautiously attempt to return to a state of normalcy with parks, businesses, museums, and restaurants beginning to reopen “We can afford a bit of courage” Merkel stated, “We have to watch that this thing does not slip out of our hands. The first phase of the pandemic is behind us but we are still at the beginning and it will be with us for a long time.” Merkel’s successful guidance through these troubling times has led to some speculation on whether she in fact will step aside from public life in 2021 when her term expires as she has promised. Only time will answer that question, but for now, the German people should, and appear, to appreciate her leadership once again during these troubling times.

On the other side of the Atlantic, under the leadership of Donald Trump, the United States is experiencing the age of foolishness. The United States response to the pandemic and the soaring number of deaths 90,000 and still counting that happens when the leader responsible for addressing such a problem is a former reality television star rather than a scientist. Instead of listening to the experts and preparing for the pandemic, Trump and members of his administration continued to label the pandemic a hoax. As further indicators that he did not take the crisis seriously, he ignored the warnings of his own intelligence community, cut funding for the program to address the issue, and laid off key employees in the department responsible for handling such a crisis. When the epidemic became so widespread that even Trump had to acknowledge the severity, he began to routinely suggest scientifically unproven medication as a viable treatment option for the disease. If that were not bad enough, at one point during a press conference in a statement heard around the world, Trump suggested people ingest disinfectants as a method to combat the illness. While the vast number of Americans rolled their eyes, or shuddered at the remarks made by the “President” unfortunately poison control hotlines were being flooded with inquiries about the safety of such actions. The president later walked back his remarks by claiming he was “being sarcastic” and once again refused to take responsibility for his words. Trump has yet to realize that being the leader of the free world has consequences, and one of them is people listen to you—regardless of how ludicrous or appalling your remarks, people look up to you, and with that level of authority comes a certain level of responsibility. As a result, to date, the United States has the highest number of both infections and deaths of any country in the world.

In times of uncertainty and crises when people are frightened, they want a strong leader to look to for answers, reassurances, and most importantly honesty. The last thing people want during these times is tribalism and partisan finger-pointing demonstrated by the Trump administration. Many Americans find themselves without a present leader, so out of desperation, they turned to someone they knew on whom they could rely—former President Obama. The shutdown and closures of schools has been difficult for the youth—especially high school seniors who will miss many of the rites of passage events that come along during one’s senior year like Prom and graduation. In efforts to demonstrate some level of normalcy and reassurances to these young adults, President Obama presented a prerecorded national graduation speech that aired across ever major network (including Fox News) in the country. In his brief remarks, Obama took a jab at how the current administration’s handling of the crisis without mentioning him by name, “Doing what feels well, what’s convenient, what’s easy—that’s how little kids think. Unfortunately, a lot of so-called grown-ups, including some with fancy titles and important jobs, still think that way—which is why things are so screwed up. I hope that instead, you decide to ground yourself in values that last, like honesty, hard work, responsibility, fairness, generosity, and respect for others.”

It is virtually unprecedented for a former president to speak about another president, but the country needed leadership—they needed reassurances that everything would be ok, and since the current administration was unable to provide that, President Obama stepped in. In seeing the number of times his words passed through my newsfeeds on my social media platform, it was clear that these words were what the country so desperately needed, and had been lacking since he had left office.

I said it in my last blog post, and I will say it again. I am so glad I am not in America right now. I feel so much safer and more secure under the protection and leadership of Angela Merkel than Donald Trump. In Merkel’s remarks, she thanks the public professionals for their help. She does not attack the media nor does she attack members of the opposition party or make false promises. Her words are a breath of fresh air in these troubling times. As argued in the CNN article, “She (Merkel) started a massive revival, not just in Germany, but also in the world, because for the first time in 150 years, the world is facing a global crisis and people are not looking towards the US for global leadership, they are looking to Merkel.

In the final words in my manuscript (which will most likely have to be amended AGAIN) I talked about the crises Merkel has led not just her country but the EU out of, and as Hertie School in berlin Professor Andrea Römmele argues, “She will be remembered as a true crisis manger, she is incredible, whenever there is a crisis, she does her best” The fact that Germans turn to Merkel for leadership in times of crisis, and Americans still turn to former President Obama for similar reassurances confirms that the two had a connection with their nations and helps to further explain the connection the two had with one another.

Now that restrictions are easing in Germany, I think I will take a break from marketing for this book, grab my copy of The Tale of Two Cities and finally read it in one of Germany’s famous beer gardens.