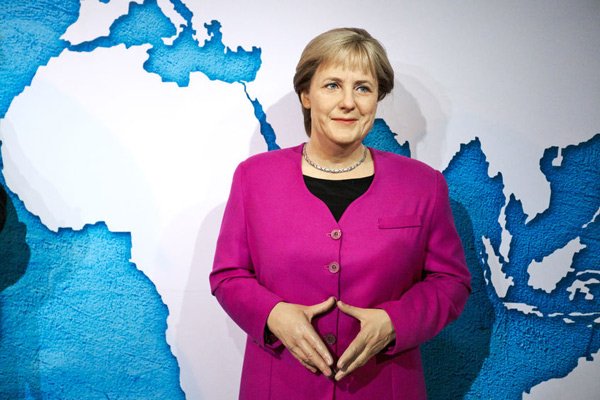 Interesting tidbits I discovered in my research that did not make it into the final manuscript.

The daughter of a Lutheran Minister and a trained English and Latin teacher, Angela Kasner was raised in the small former East German City of Templin. However, Merkel found Templin too clausterphobic and decided to move to the larger city of Leipzig to attend Karl Marx University (now the University of Leipzig). Shortly after Angela graduated with a degree in physics in 1977 she married her university boyfriend Ulrich Merkel. Because she had done extraordinarily well in her studies, had good linguistic skills, and excellent references, the Stasi (the East German secret police) actively recruited her to work for them. Merkel knew refusing a job offer from the Stasi outright would have raised suspicions, so she told them what her parents had always told her to say–.that she had a big mouth and was unable to keep a secret.  Hence, when offered a job spying for the Stasi, she informed them she did not think she could keep anything of such importance from her husband. Needless to say, she was not offered a job.  Instead she and her husband accepted jobs working as scientists at the Central Instittute of Physical Chemistry of the Academy of Sciences in East Berlin. She and her first husband gradually drifted apart, and they divorced in 1981. Merkel later earned her PHD in Quantum Chemistry in 1986.

Although Merkel was a trained scientist, Merkel had an ongoing interest in politics, and she was 35 years old when the Berlin Wall fell. After the fall of the communist government, East Germans could for the first time speak publicly about politics, and it was here that Merkel found her true calling in life.

In 1979, Margaret Thatcher, a trained scientist was elected as England´s first female Prime Minister, where she served the Conservative Party until 1990. Similarly, in 2005 Merkel was elected as Germany´s first female Chancellor for her country’s conservative party. Despite the similarities between the two leaders, Merkel reportedly dislikes to be compared to Thatcher.  It is unclear why, but if I had to wage a guess, Thatcher was supposedly very anti-German and anti Kohl (who had been Merkel’s mentor), so that is my feeling why she hates the comparison.   When people ask Merkel who her political role model is she often claims she does not have one. However, Merkel always named scientist Marie Curie as the person whom she most admired.

Merkel and Obama`s relationship managed to capture the attention of not just the mainstream media, but Saturday Night Live and the German`s Heute Show (modeled after Comedy Central in the US) had several skits which demonstrated the close relationship between the 2 world leaders.