My Name is Claudia 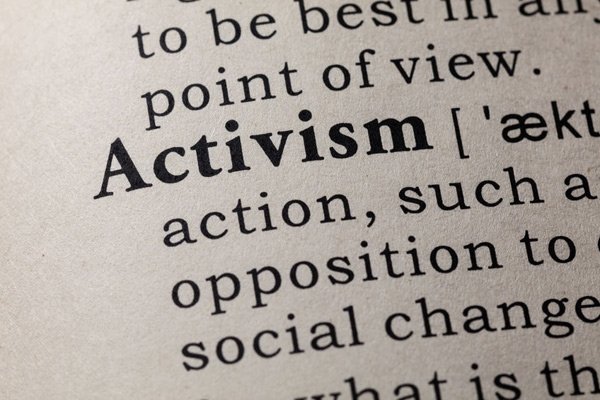 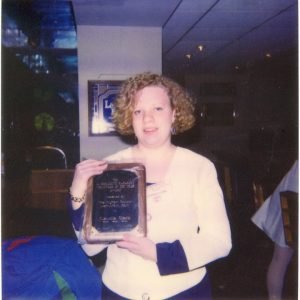 My Volunteer of the Year Award 1994 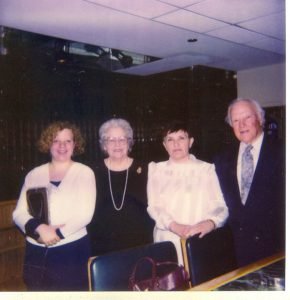 Me with Mrs. Gore, my mother, and Senator Al Gore Sr.

My name is Claudia and political activism is in my genes. My paternal great grandmother marched in the streets for women´s suffrage, my grandfather was an active union shop steward and FDR supporter, and my mother, a gifted linguist volunteered for JFK’s presidential campaign before she was old enough to vote, and later joined the peace corps and moved to Africa to teach English shortly after she finished college.

Coming from a working class family in Michigan, fighting for economic justice was important to my family, but social justice for all was equally important. In 1928 my grandfather was fourteen years old when his appendix ruptured, and an African American doctor operated and saved his life. Hence, standing up for racial equality was paramount to my upbringing. Additionally, from as long as I can remember my mother was active in women´s rights activities, and when I was 15 years old I asked her if I could go with her to an abortion rights rally that was being hosted be then Michigan state representative, Debbie Stabenow. My mom hesitated, only to make sure it was my decision, as nothing irritated her more than people exploiting children for political causes that they often did not fully understand . She allowed me to go, and I was hooked.

I spent most of most of my childhood in Lansing, Michigan, so living in a capitol city provided ample opportunities for someone interested in the political process. I interned for my state representative, Dianne Byrum during my senior year of high school, I volunteered with the local Democratic party for the 1990 election cycle, and I helped with various women and pro choice groups—all before I was even old enough to vote.

I attended a small liberal arts college (James Madison College) within the larger Michigan State University where I obtained a degree in public policy and history and a minor in French. During my college years, I often paid more attention to my extracurricular activities as members of the College Democrats, Amnesty International, and NOW chapters than I did to my academics. In fact, the Ingham County Democratic Party awarded me the “A. Geraldine Rapaport Volunteer of the Year Award” for the young democrat volunteer of the year in 1994 for my activism.